Prepare to Pay More to Microsoft Even Without a Price Increase

Such a direct SKU-level price increase is not a frequent event, but Microsoft has effectively used packaging changes to create indirect price increases almost every year. The next set of indirect price increases will affect how customers can acquire – or be prevented from acquiring – a perpetual software benefit referred to as Software Assurance (SA). SA has long been the maintenance component of a perpetual license that imparts a variety of benefits to the licensee, namely the ability to upgrade to a new version of the software if one becomes available during the coverage period or through a number of operational benefits that are essential in virtualized computing environments.

SA has always been a contractual obligation Microsoft has with its customers in terms of the benefits it must accrue, reserve and deliver during the coverage period. Retiring the concept of SA has been a high priority since the company moved from a finished goods software business to a provider of hosted services. Ten-plus years into the transformation of the Microsoft business, it is ready to aggressively begin the retirement of SA.

As is usually the case, Microsoft is using its current market segmentation to phase in these changes. It will first target its “Level A” customers (organizations ranging from 500-2400 users), with the intent to apply the same changes across its enterprise customer portfolio over time. The company is also changing the buying options for its Level A customers and eliminating their ability to acquire perpetual SA through any direct agreement with Microsoft. Instead, these Level A customers will have buying options for “license only” or “subscription” through direct agreements, but they will have to use other licensing options via the Microsoft partner channel to acquire or retain perpetual rights. Subscriptions will retain some of the operating benefits of SA but will no longer include ownership of either the current or future version of that license.

Managing Microsoft software is complicated under a single agreement and that complexity will grow as customers are required to work across multiple agreements and buying channels.

Since new licenses will be required to upgrade previous installations and/or annual subscriptions to replace operational SA benefits, the real price increase to customers will be significant, at 50+% greater than the SA costs for the same SKU. The operational impact of these changes is most acute where server licensing is concerned. Server software, deployed in virtualized computing environments, frequently moves between physical host servers within a computing cluster to properly load balance and maintain high availability. The requirement for Microsoft Server Software to function within a virtualization cluster, such as with SQL Server and Windows Server, has not been provided via active SA.

SA-enabled Microsoft Server Software allows companies to move across physical host servers on demand, with no licensing concerns. However, without SA, customers will potentially need to repurchase SQL Server Software as a subscription for all host servers within a virtualization cluster to maintain load balancing, high availability and, in the case of SQL Enterprise Edition, unlimited virtualization. Given SQL Server is the most expensive of Microsoft’s server software, Level A customers could be looking at more than a 50% increase in their SQL costs with NO added value. This change undermines customers’ legacy investments and historical “sunk costs” made toward perpetual license assets.

Windows Server is also affected by this change as Level A customers will need to acquire Datacenter Edition, which will be a license-only option with no subscription alternative. And upgrades to Windows Datacenter will be limited to a license repurchase since there is no subscription alternative. Remote Desktop Service (RDS) Client Access Licenses (CAL) are also limited to either a new license acquisition or a subscription, both of which are materially more expensive than continued SA.

These changes are a follow-up to an earlier announcement during which Microsoft eliminated SA for other server products, such as Exchange, SharePoint and Skype for Business, and now effectively closes the book for all server SA in the Level A customer segment.

The inconsistencies of products and agreements that Microsoft customers can acquire cannot persist, and ALL enterprises should brace for these changes to arrive at their doorstep in the not-too-distant future. While engaging Microsoft Partners to fill the hole created by these changes is possible, it simply pushes more risk and administration at a greater cost onto customers. Working with Microsoft partners is generally more expensive than dealing directly with Microsoft.

While the timing of these changes is uncertain, Microsoft knows it can’t treat one customer so differently from another. Enterprises need to reimagine their Microsoft server landscape to be one in which software license ownership no longer exists. Microsoft’s growth ambitions should be a big concern for enterprises when they are setting up the potential for current SQL Server users to pay better than 50+% more than today’s costs.

Common questions companies ask about the relationship between price and value when it comes to Microsoft include:

Enterprises cannot stand by and wait for these changes to catch up to them. They need to plan for these difficult scenarios and determine how to manage this growing risk. Working with a qualified advisor can help you understand how to adapt to avoid unexpected surprises and costs from Microsoft. ISG Provider Lens publishes studies to help enterprises navigate the Microsoft ecosystem.

Contact us to find out how we can help. 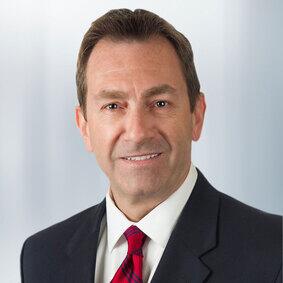 During his time with Microsoft, Louis worked in both the Consulting Service Group as a Practice Manager and in the Worldwide Licensing and Pricing Group as a Director responsible for designing and negotiating Global Volume Licensing relationships. As a highly effective and influential communicator/negotiator, Louis has delivered consistent business results across both revenue and quality of service performance targets.

Will Regulators Target Microsoft in the Future?